So the whole reason for this adventure is a bit of a story. Basically some friends and I went to a hockey game at Ohio State several weeks ago, just to get off campus and have fun. The game itself was actually super fun and the fans were pretty entertaining. The drive back however was quite an experience.

A friend was driving on interstate 70 going over 60mph and hit a coyote. We did not think the coyote could have done that much to the car however we were very wrong. We stopped at a gas station to buy some tape for a piece of the bumper that was falling off and saw that coolant was streaming out from under the car. We soon figured out that there was no way we were even going to be able to drive it to a mechanics! Anyway the car had been in Columbus getting repaired so we needed to go pick it up.

Columbus, OH is actually a nice city with lots of fun things to do! We were looking for something that did not take too long and doesn’t cost a fortune so we chose the German Village. It turned out to be a very pretty historical neighborhood. The streets and houses are mostly brick and much of the original architecture still stands from the late 1800’s, early 1900’s. I also did some shopping at Helen Winnemore’s which is a cute little shop that sells all sorts of quality items from company’s and artists in the United States. We ate lunch at the Olde Mowhawk which had incredibly friendly staff and delicious food. 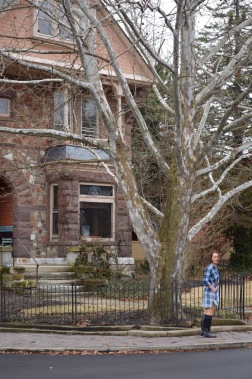 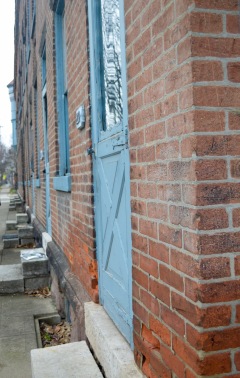 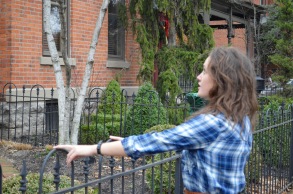 Hello lovely people! Welcome to Explore. Love. Live. where I share my passion for style through books, adventure and travel.

While I am a full time graduate student, dedicating most of my time to never ending stats classes, anything herpetology and days of assays, I have many other passions and highly enjoy sharing what I can here. I love travel, books, fashion, science and most of all being outside! I also have an adorable pup named Hazel who shows up in my photos quite often. Thanks for stopping by!